Making vascular networks in cultivated tissues: a challenge, one step at a time

Regenerative medicine has taken a major step forward to the manufacture of tissues and organs which aim is substitution, replacement and implant to recover or improve functions that have been lost, thanks to the significant contribution provided by techniques such as tissue engineering and 3D bioprinting, and even 4D bioprinting, where printed products change over time.

Significant advances have been made in the manufacture of tissues from cell cultures in various organs or tissues such as skin, hyaline cartilage and bone, among others [1]. Bioprinting has not been left behind, and has even surpassed tissue engineering in the sense of creating three-dimensional tissues or organs, overcoming the two-dimensional limitation of cultivated tissue.

However, both techniques encounter a common challenge that has prevented the conception of larger, thicker and more functional organs or tissues: create and manufacture their vascularization on the various hierarchical scales and coverages that are physiologically found in natural tissues or organs. It is well known that the health and functionality of a vascularized tissue or organ depends considerably on the blood supply that provides oxygen and nutrients to all points of the tissue, as well as the supply of cells and cellular signals necessary for their metabolism and functioning. A poor or no vascularization at all would soon lead the affected tissue to necrosis.

The hierarchical network of human blood vessels is composed of ducts with different dimensions, composed of different layers, which have ramifications whose diameter becomes smaller as they move away from the heart and spread blood to different tissues or organs. Arteries and veins are the largest ducts with diameters ranging from 1 to 27 mm in the case of arteries [2] and from 1 to 6 mm in the case of veins [3], followed by arterioles and venules, and finally of capillaries, the smallest vessels, whose diameter is in the order of 5 µm [4]. It is worth mentioning that vascular engineering only considers arteries up to a maximum dimension of 10 mm [4].

Currently, only successful preclinical trials with tissues or organs that do not require vascular networks, such as skin or cartilage, have been achieved through artificial manufacturing techniques. Moreover, these successful trials are only done on small animals, for the ease of control over their metabolism and for the rapid results thanks to their accelerated biological processes compared to those of man. Moreover, the greatest clinical achievement to date is the recent bioimpression of an ear that was implanted in an adult woman. This ear was printed with a bioink loaded with chondrocytes obtained from the same patient [5].

There are currently two different approaches to multi-scale manufacturing of vascular networks, one from technological or engineering applications and the other from natural or biological forms. Nature Reviews Materials in its June 2022 online version published a review about the topicality of these approaches, their limitations and future projections [4]. These topics are briefly presented in this article.

Techniques such as two-dimensional microfabrication or its three-dimensional extension by stacking are found in the approach for technological or engineering applications (they allow to create small molded structures with microscale small channels for the fluid flow, figures 1a and 1b), the laser writing on three-dimensional matrices (technique for the creation of microchannels from the degradation or sintering of photosensitive polymers that form the vascular structure by laser lithography, Figure 1c), and bioprinting (where three-dimensional scaffolding is created with microchannels that later form vascular vessels, figure 1d).

Figure 1. Engineering approaches for the manufacture of vascular networks: microfabrication (a), stacking of microfabrications layer by layer (b), degradation by laser lithography (c), and 3D bioprinting (d). Taken from [4].

These approaches are capable of manufacturing vascular networks that can irrigate and nourish artificially manufactured tissues. However, their implementation is not sufficient to produce three-dimensional tissues or organs with large dimensions similar to their natural equivalents, as they currently present considerable limitations. In the case of engineering approaches, the limitation is mostly of resolution because they cannot manufacture blood vessels of very small diameters (case of arterioles, venules and capillaries). Only in the case of laser writing resolutions on the scale of smallest human capillaries can be achieved (5 µm). However, it is only a practical technique for small volumes, making it very inefficient for extensive vascular networks such as those present in natural organs.

The limitations in the case of biological approaches are related to the instability of networks self-assembled with endothelial cells only, since these require a combination of other cells (mesenchymal or stromal) and other conditions to create a network of vessels reinforced and supported by other tissues. When self-assembled networks are formed in small organoids, these usually require implantation in vivo, so far in small animals, in order to reproduce a hierarchical vascular network (with vessels between 5 and 50 µm) able to properly irrigate the host tissue where it is located. In this sense, Yamamura et al. found that the stiffness of the hydrogel base of self-assembly has a direct effect on the size of the capillary vessels formed, where a stiffer gel stimulates the formation of larger capillary vessels while a less stiff gel stimulates the formation of delicate capillary vessels [6].

Beyond the abovementioned limitations, aspects such as biologically generating a vascular network with controlled hierarchical vascularization (from arteries and veins to capillaries) or technologically generating blood vessels with all their layers (not only the inner endothelial layer, but the middle muscle layer and adventitious or collagen outer layer) are just in the process of research and development. One proposal is to create hierarchical in vitro “preforms” that include spatial positioning patterns of endothelial cells and collagen fibers, which will mature as hierarchical and wide vascular networks once put in vivo [4].

It has also been seen that the subtype of cells used can make differences in the morphology and performance of the vessel, as cells can generate their own characteristics favourable to the type of organ from which they come from (phenotype and cell function), so one aspect to consider in vascular engineering is to include heterogeneous populations of endothelial and supporting cells that potentially generate vascular networks with functional affinity to their host organ.

In turn, since endothelial cells and blood cells interact directly and in particular ways in different scenarios, such as forming inflammation, coagulation or immune response, among others, the presence or not of surrounding blood cells in vascular networks makes a big difference when implementing an in vitro or in vivo approach to vascular engineering.

Like other tissues, vascular networks are subject to remodeling processes that can change vessel dimensions and microstructure depending on the mechanical demand they experience, as represented by variable blood flow pressures (pulsatile or static) and flow shear forces, whose primary effects are reflected in the cyclic or static stretching, in radial and axial directions, of vascular walls. Consequently, it can be argued that mechanical stimuli have effects on the angiogenesis rate in both the technological and biological fabrication of vascular networks.

In conclusion, vascular engineering is advancing towards the fabrication of dense and extensive vascular networks that allow to irrigate large volumes of tissues created in the laboratory, with the hope of overcoming this barrier and sooner rather than later obtaining functional synthetic tissues and organs to be implanted in patients who require them. 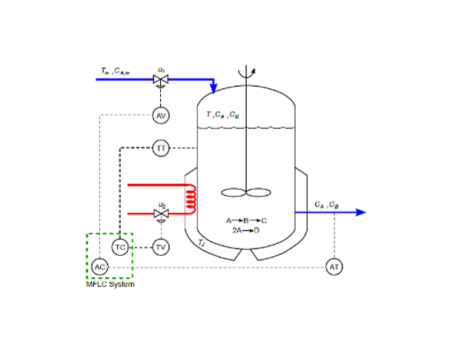 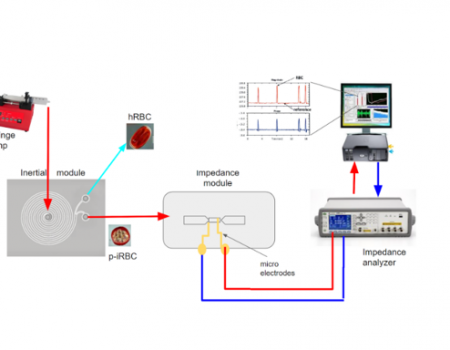 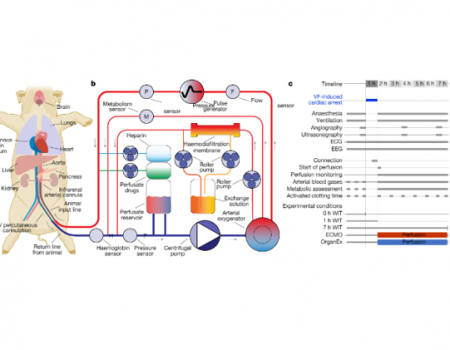